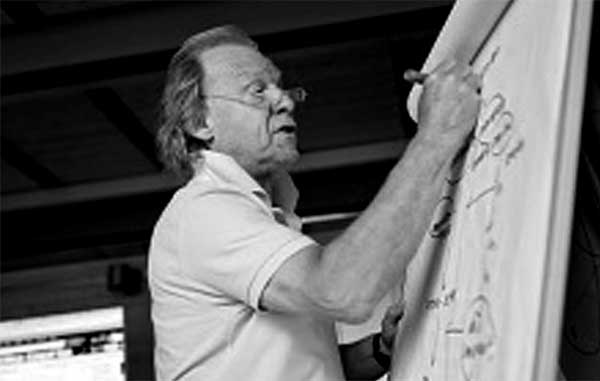 Four inter-related and inter-disciplinary areas of research in architecture over the last 2 decades include the following; writing, pedagogy, practice and the city.

Writing has resulted in over 20 books on architecture, art and society up to the present with the most recent Being: An Architect (with Ian Ritchie, Royal Academy 2013);The School of Exile (For and Against Architectural Theory 2015); and the forthcoming What’s Wrong with This Picture (Writing Architecture after All These Years).  This continues a narrative of research, writing and teaching since the publication of Writing Architecture (MIT Press, 1989) 25 years ago; a CICA awarded volume.

Pedagogy has more recently been expressed in The Age of the Pamphlet, a series of contrarian architectural essays, plays and provocations on education, de-schooling and live pedagogy (titles include Architecture Degree Zero, Aalto Ego and Life after Architecture). Closing forthcoming sequence: Texts for Nothing 1-V.

The City: an emerging area or research exploring Urbanism and Ottawa, including the Third City Urban Laboratory and Storefront. As a collaborator and consultant member of the Meganom Practice (Moscow) the following work has been edited in English; The Archeology of the Periphery (2012) and Leonid Pavlov, Collected Works (2015) Recent critical seminars on Urbanism: The Uncurious, The Indifferent. The Intertext; Forthcoming, Terrific Lies, Emerging Truths & The Cinematic City.